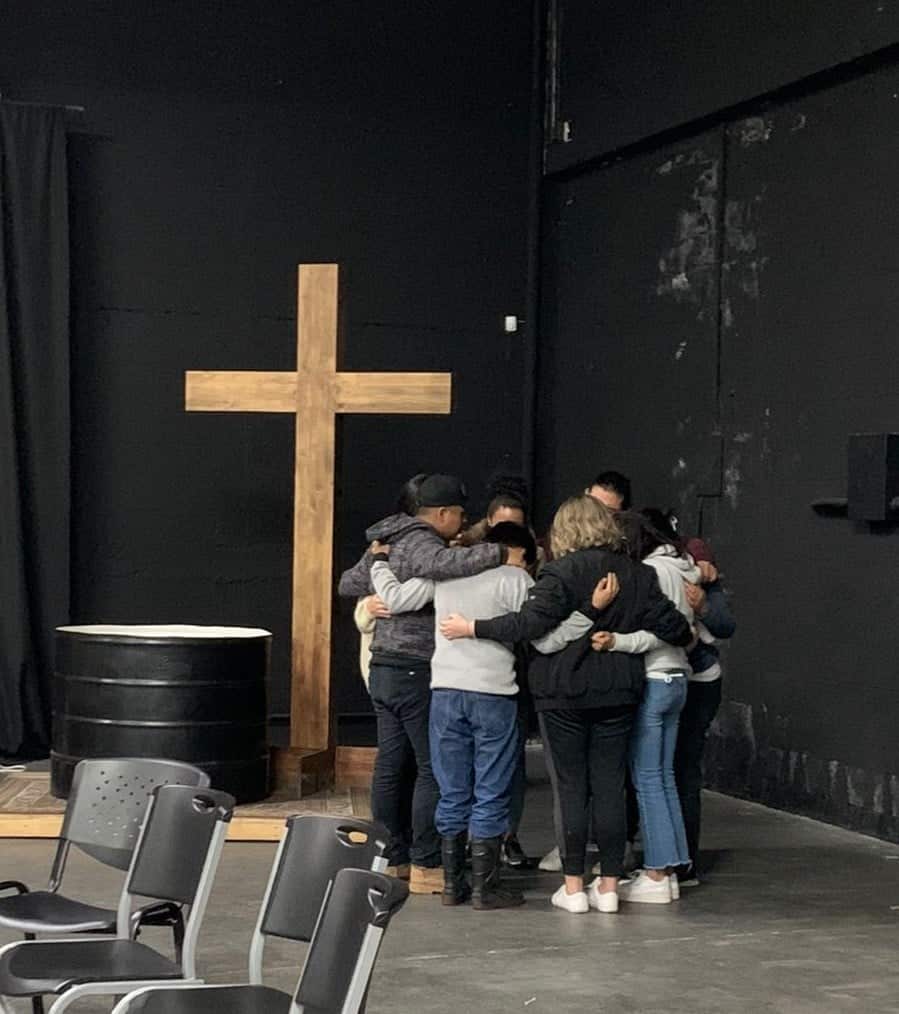 I don’t remember the last time I felt so afraid, so uncertain about what was happening and so utterly out of control. My eyes had been covered and the last words my ‘mother’ spoke into my ear were, “I’m sorry I couldn’t protect you,” and with that I was taken away, placed in an unknown environment with people I had never met before. My eyes still covered, my hands tightly held under my legs; I could hear someone close to me crying. Soft little whimpers grew into desperate, weeping sobs. The blindfold covering my eyes was growing damp and I realised I was crying too.

I snapped back into reality and had to tell myself it was okay, this wasn’t real.

I was in the middle of an educational role play activity at my church called ‘Vida en Limbo,’ ‘Life in Limbo.’ I had been invited to attend this activity as a participant firstly, for my own educational benefit and secondly, so that I could help support as part of the team in the following activities. I was not sure what to expect before the activity began, all I knew is that it would take me out of my comfort zone as we were expected to participate in a role play and it would all be in Spanish. I was right about that much; it did take me way out of my comfort zone but in a good way and it was a truly powerful and unforgettable experience.

From the very beginning we were encouraged to engage with the activity to the best of our abilities to help our own learning and that of others. We were a group of 30 plus people, all eager to learn and grow together. The activity leaders were encouraging and supportive throughout as they gently lead us with step-by-step instructions through a heart-wrenching and somehow deeply realistic scenario.

The role play began with us choosing our characters, a child, a parent, or a children’s home caregiver. I chose to be a 4-year-old child and we were given small character descriptions to help us remain in character throughout and a red heart to represent our love for our families. We were placed in ‘families,’ with one parent and siblings. From there we were led through various challenging scenarios, being taken away from our parents, placed in homes and visitation days. The role play was so skilfully led that there was silence and tension in the room as each new stage was introduced. We watched as the parents battled one another in small tasks, like playing hot potato, or trying to keep a feather in the air without using their hands. It was almost odd how these normally fun and silly games were made into challenges that gripped us all as we watched to see who would win. Knowing that losing represented ‘real’ consequences for those parents and children. The team used real life statistics to demonstrate those consequences and, in some cases, give disadvantages to some of the parents. For example, when the parents were given the hot potato challenge some were only allowed to use one hand and the four losing parents represented families where there had been sexual abuse present. My heart dropped as the four-year-old character I was playing was one of the children who had suffered abuse. We watched as the parents battled to see who would get to see their children and what would happen next. At different stages we, the children, were asked if we wanted to give away our hearts. In one of the scenarios the parents were asked to answer a question, ‘do you love your children?’ They could respond with ‘yes,’ ‘no,’ or ‘sometimes.’ After hearing my mother, remaining in her character, respond ‘sometimes,’ I wanted to give my heart back. Until that point my character just wanted to go home, but for me that was the breaking point, she had already failed so many times and it felt so real.

The idea of this exercise was to help build awareness and educate people about what life is like for vulnerable children and their families when they go into the childcare system here in Guatemala and it was very eye-opening. The role play was done in such a way that you really could engage with the experience and emotions, of course it was just a glimpse into the reality that so many children suffer. It was very educational and informative and extremely challenging too. Definitely worth the discomfort of stepping out of my comfort zone for a couple of hours.

I can only begin to imagine what it is really like for so many children living at such high risk and in such challenging circumstances and then to be removed and placed in a children’s home with no control over anything. At one point in the activity some of the children were given masks to cover their faces, the masks only had holes for the eyes, representing how voiceless these children are.
It certainly gets you thinking.
The team encouraged us afterwards to discuss our thoughts and feelings and to take time to pray about how we might want to act in response to this exercise. I know that there are already people in the church who train as mentors to children in the system, and there are also families who have chosen to foster and/or adopt. It’s a gift to be part of a community open to not only hearing and learning but also taking action.