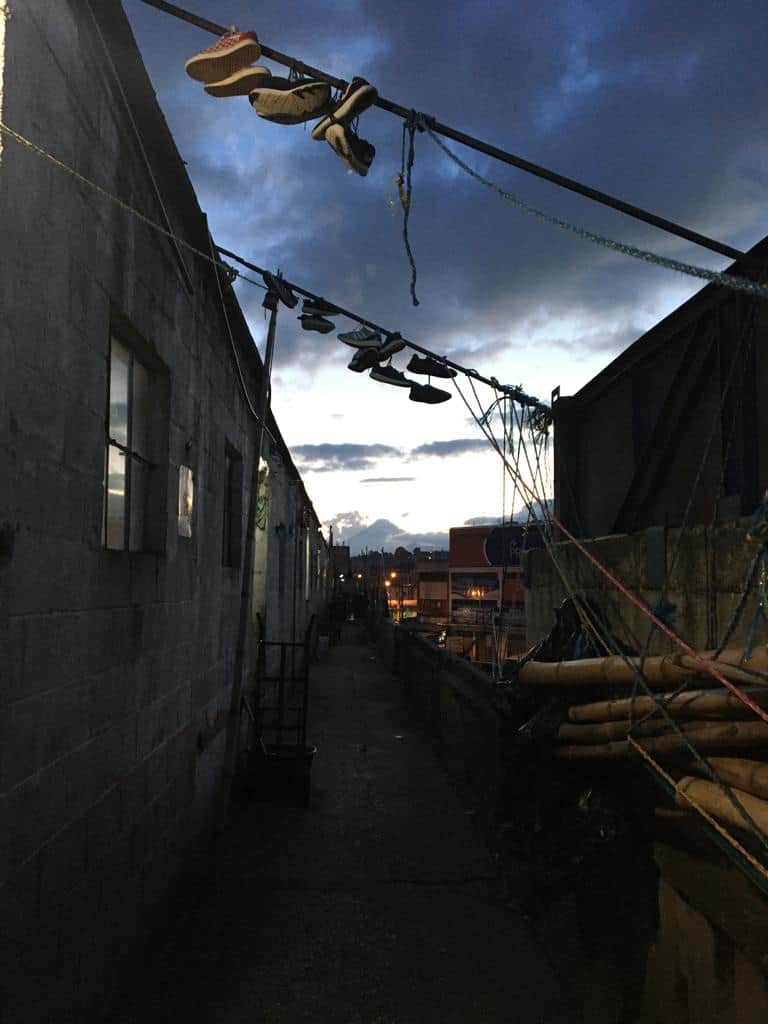 I had planned to write this story after it happened, well it is only 8 months late!
Let me tell you about a time when God allowed me to come face to face with perfectionism and need for control and humbled me in a way I had never experienced before.

A little context might help. I live and work in Guatemala City, one of the main focuses of my work is supporting youth from challenging backgrounds and walking alongside them through life.
I had been living here for close to three and a half years and was getting ready for a six month trip back to the UK. That looked a lot like packing up my life into boxes in an overly organised fashion. I am the first to recognise my need for order and tendency towards perfection in certain areas of my life. So, when it comes to packing a box for me, it happens a ridiculous amount of times in my head first and then several times in reality. When moving day finally arrived, despite some minor last minute changes with the pickup truck, my organisation and preparation and of course help from friends, meant that the loading, drive across the city and unloading took a total of under two hours. Bearing in mind the drive was at least an hour. I distinctly remember thanking God a lot that morning. He was showing up in all the details and I knew how blessed I was yet even then He had more to show me, to teach me.

During my time in Guatemala I have learned to live between two worlds. I am not referring to the UK and Guatemala but rather what feels like the two worlds I live between within Guatemala. I work in a very poor part of Guatemala City, La Terminal, where people are struggling to survive everyday. Material poverty mixed with gang influence, prostitution, drug and alcohol abuse, violence and all kinds of other abuses lead to many one or no parent families, unstable home environments and children growing up without safety and security. Add to this lack of opportunity and limited education and the cycles continue through the generations. Obviously, these are very brief and limited observations of a much more complex situation. The streets themselves are dirty and busy, a crowded market area and bus terminal constantly buzzing with people. Streets I have often sat on colouring in with children left to fend for themselves when those ‘responsible’ for them are working, or not, in many cases. This is only a peek through the gap in the curtain type of look at the context where I work.

Now let’s take a glance at another part of the city, just a 25 minute walk away there is a place where there are big hotels on every block with all manner of restaurants dotted in between. The streets are clean and tidy, one can walk at leisure to the open aired mall, sit at a coffee shop with a book and enjoy the tranquil atmosphere. There right in the heart of Zona Viva, is where I lived. My apartment was on the 6th floor of an old but nice building, security guards at reception and everything I needed within a few blocks. My bedroom alone was bigger than most homes in La Terminal. These are the two worlds I am referring to, and how does one do it? Live in between? Honestly, I’m not sure how, even now after doing it for close to four years.

As I descried earlier my moving experience was fairly smooth, but I have to be honest I was very stressed about it, even for days before it happened. It felt overwhelming and like there was so much to do and plan all of which I was able to do in advance. Yet I was still stressed, still worked up about every detail. Moving is hard and doing it in another language and country makes it a whole lot harder. I felt like my struggles were justified and valid and that all in all I handled myself fairly well. You will have to ask my friends that helped if that is true.

Then the perspective came and humility followed. Later that same day one of the youth I work with called my friend and colleague. He needed help moving. Not help preparing or planning to move in a few weeks or even days but that same night. No time to think or organise, it all had to happen there and then. Off we went to his room in La Terminal to help him gather and move his things. The pickup was called only hours before we needed it and I had been complaining that the one I had organised weeks in advance of my move was rearranged the day before. Rearranged on my behalf in a very helpful way, I might add, I didn’t have to do anything extra.
His room was modest to say the least and his things were all over the place, shoved into plastic bags in a dishevelled way. We had to walk up three flights of stairs and the length of 2 blocks each trip we made and there were matrasses and pieces of furniture too. I was left to watch over everything in the street while we waited for the pickup. A street I would normally avoid alone in the daytime never mind at night. Thankfully the coming and going of my colleague and youth made the time actually stood alone short and after a few minutes his younger brother turned up and stayed with me.

Often, I am too quick to feel stressed or overwhelmed by things that firstly, I can not change and secondly, are really just not that important. God helped humble my heart once more as I stood in that dark and slightly unnerving street guarding the few possessions owned by this young man, having just moved and stored my own, numerous, possessions. We are truly blessed!